Your Partner In Music

Serving Southern California
Since 1993
We Accept these Major Credit Cards 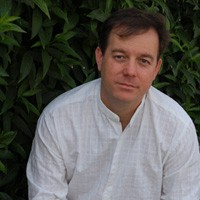 Stephen Smith, is our resident vocal, guitar and keyboard instructor teaching Beginning, Inttermediate and Advance guitar and Begining Keyboard. Steve has been playing guitar since the age of 9. He is influences by Rock artist such as Jimmy Page (Led Zeppelin), Eddie Van Halen (Van Halen) and the Beatles. His studies continued through college where he took lessons from Jazz Guitar Artist Frank Potenza at Long Beach City College. His style of music is liquefied in a mixture of Rock, Pop, and Alternative rolled up together as "Indie Rock that Shreds". You know, sweltering micro anthems denoting tasteful hooks that tell stories that conjure up emotions that move you to another place.

Steve has been in numerous bands as a Lead or Rhythm Guitar player. In 1995, He recorded a self release album with the Band "The Catch", titled "Up for Grabs". Highlighting in his musical career, The Catch opened up for the band "Bonham" featuring Jason Bonham, son of legendary John Bonham of Led Zeppelin fame. Steve has played live in many venues such as The Waters Club, The Marque, The Viper Room, and Coconut Teaser.

Steve currently is a songwriting member of BMI, a Publishing member of ASCAP and a member of Taxi. He enjoys songwriting, composing, producing his own music in addition to recording, producing new and inspiring new Artist from Rock to Hip Hop you'll find him busy releaseing music as the Executive Producer/owner of Stepping Out Records.